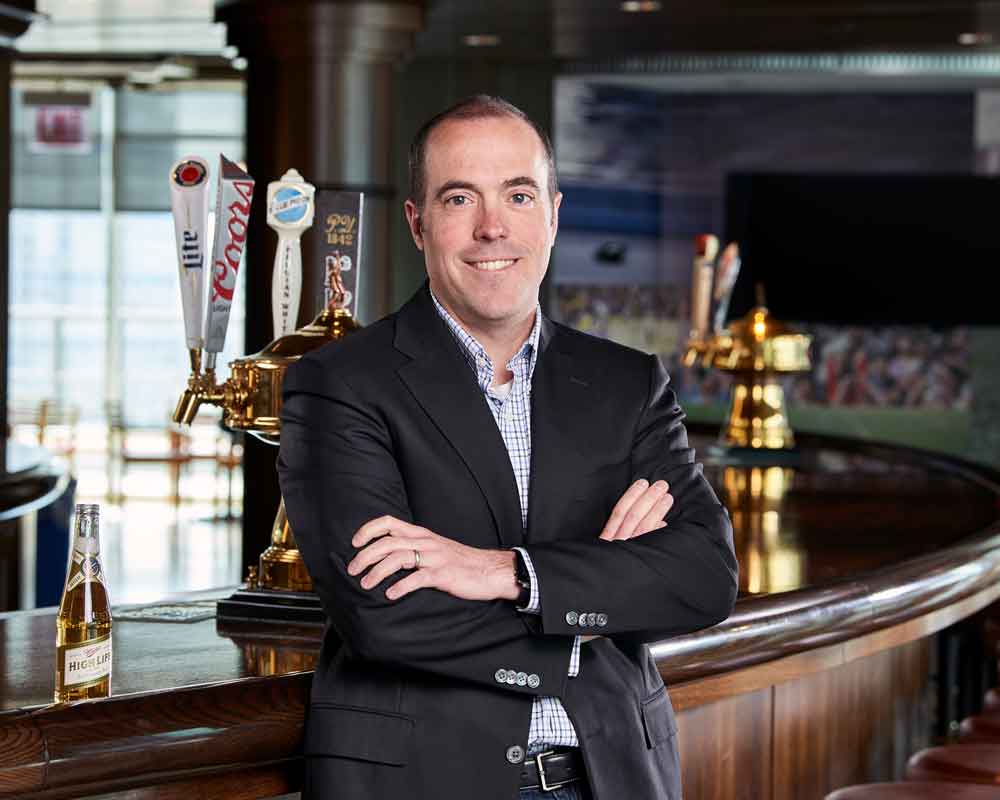 Dave Osswald joined MillerCoors in 2006. He has been the Chief People and Diversity Officer since March 2018, through which he is responsible for driving the growth and development of the MillerCoors team. As a result of his efforts, MillerCoors received a perfect score of 100 on the 2019 Corporate Equality Index, a survey and report on corporate policies and practices related to LGBTQ workplace equality, administered by the Human Rights Campaign (HRC) Foundation (MillerCoors 2019).
Before his current role, Osswald held various positions within the company, such as Associate General Counsel, where he supported human resources and integrated supply chain organizations. He was also in charge of the company’s ethics and compliance program, crisis management team, and corporate security.

Before joining MillerCoors, Osswald was the in-house counsel for the Milwaukee-based Marcus Corporation, which operates theatres, hotels, and resorts. He worked in the labor and employment and civil litigation departments at the law firm Reinhart Boerner Van Deuren.

In 2018, BizStarts, a Milwaukee organization that fosters entrepreneurship in the region, inducted Osswald into their Hall of Fame for his entrepreneurial work (BizStarts 2018).

Osswald is a supporter of the Neighborhood House of Milwaukee, which provides services that includes childcare, afterschool programs for youth, and literacy education and job skills training for refugees. He has donated to the University of Wisconsin, the Great Lakes Hemophilia Foundation, and various democratic politicians in Wisconsin